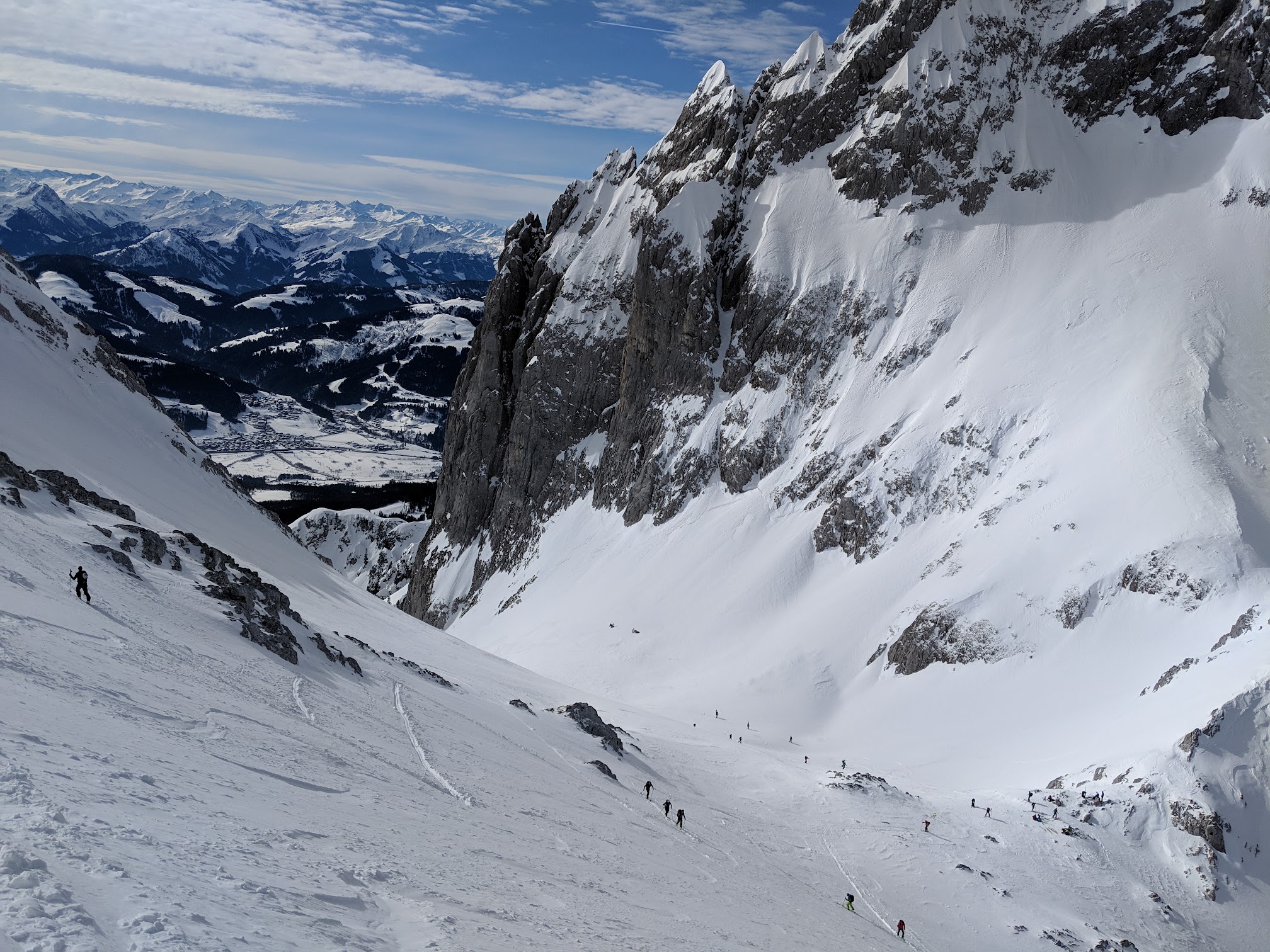 We did not have much snowfall this week, the only day with snowflakes was Friday. The weekend was sunny again, both days. As we were skiing in Zugspitze skiresort on Saturday, skitour was planned for Sunday. Our chosen destination was Wilder Kaiser, Ellmauer Tor.

As we drove towards Wochenbrunner Alm, few older avalanches were visible. The parking lot was nearly full after 8:30 am with enough of snow to start skinning up directly from the car. The Ellmauer Tor is said to be one of the most popular ones in the Kaiser region. This proved to be true on this sunny Sunday - we were in “traffic jam” right after the first kilometer. We were allowed to overtake at the first saddle. The snow was hard in the morning and insecure steps would easily lead to undesired elevation loss (aka. very tiring falling over). Numerous skitourers chose to use crampons. As soon as our path cleared up we could keep our usual pace and enjoyed skinning up. We ended up below Hintere Goinger Halt at a spot by rocks where people leave their skis and walk up to the ridge.

Ski descent was great - the part above Ellmauer Tor was powder, later softer snow without crust. The scenery in Kaisergebirge makes the skiing part even more enjoyable.