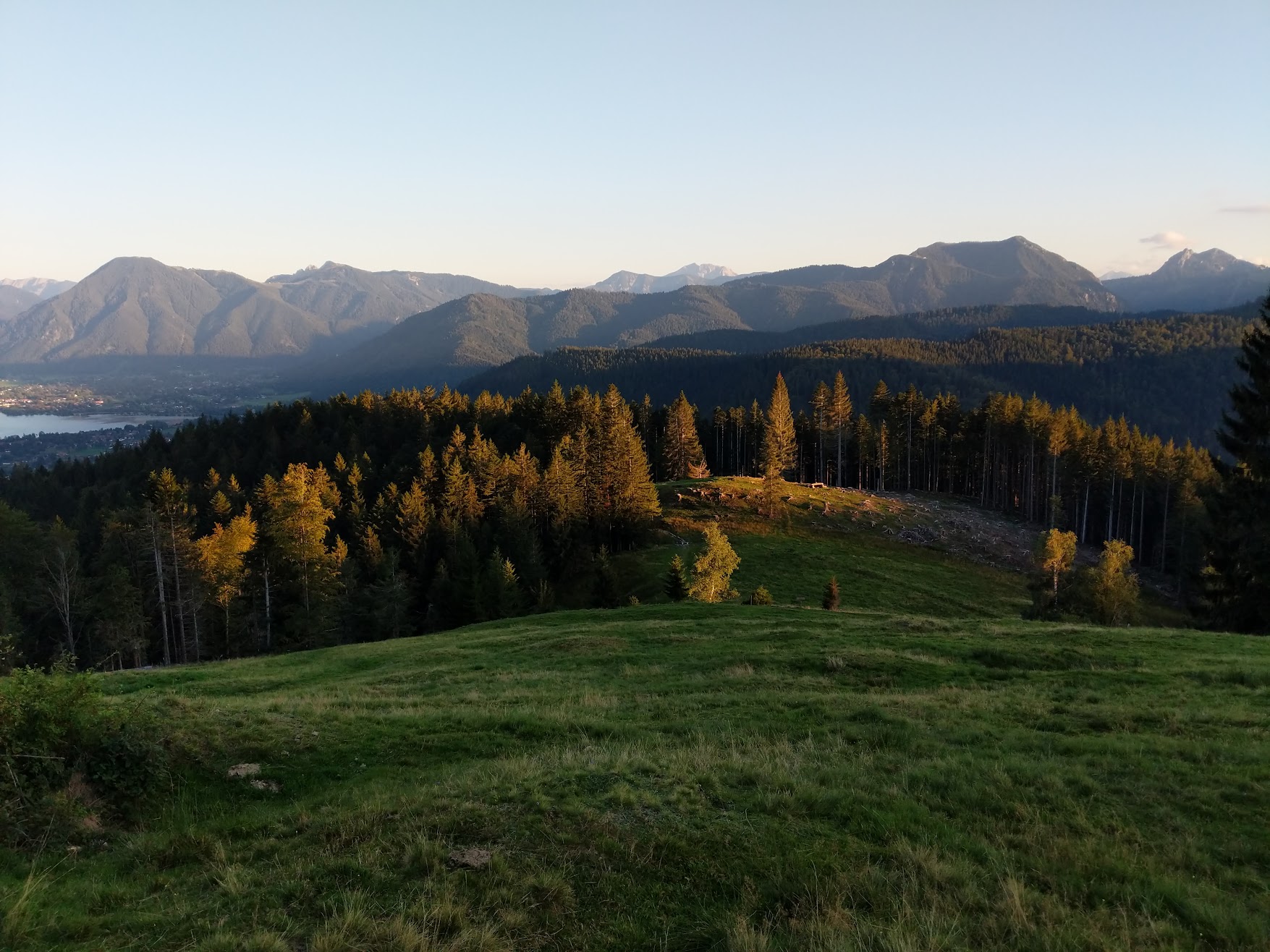 I returned to Nesselscheibe this week to do alternative trails. I spotted a few the last time on the way back, they looked more rough compared to what I planned before. The starting point is in Bad Wiesse, at Breitenbachtal. There is a parking spot for at least 10 cars, free.

The first 1.7km are along Breitenbach, then take the turn to the right. This is the ascent road to Holzeralm. It is less steep than the other alternative access road (if you turn later), much better! There are trails crossing this access road (we will descend via them). The last hundred meters or so is a singletrack in the forest. You can climb it on your bike, it is not that difficult. I realized soon after where I was. I recognize this meadow, it is right below Wasenkogel. The place where I was 3 weeks ago. I took a short break at Wasenkogel. I met at least a couple of bikers descending Holzeralm trail on my way up here.

The first descent is the Wasenkogel trail. It consists of two parts. The first part is easier. There are a couple of drops, roots and some rocks but only a few. The second part is steeper, wet and much more roots at the end. See the gallery for details, I took a couple of pictures.

The trail ends at the intersection where there is a signpost. I turned left here, it leads back to Holzeralm. I already went up here so I remembered the last part is the most demanding. As I was approaching Holzeralm, there is less light every minute. I was pushing myself a bit more to be able to descend the planned way or if needed, I could take the access road down as a safety alternative.

I only took a short break at Holzeralm. Again no one here, just me. The sun is already behind the mountains. The first two parts of the upper trail are fine with enough light. However, it became much darker in the forest later and I had to use the light. The lower part of Holzeralm trail is more rocky than the rest of today’s trails. Once I descended down to the village, it was already dark there. The days are way shorter because the sunset is now at 19.48.