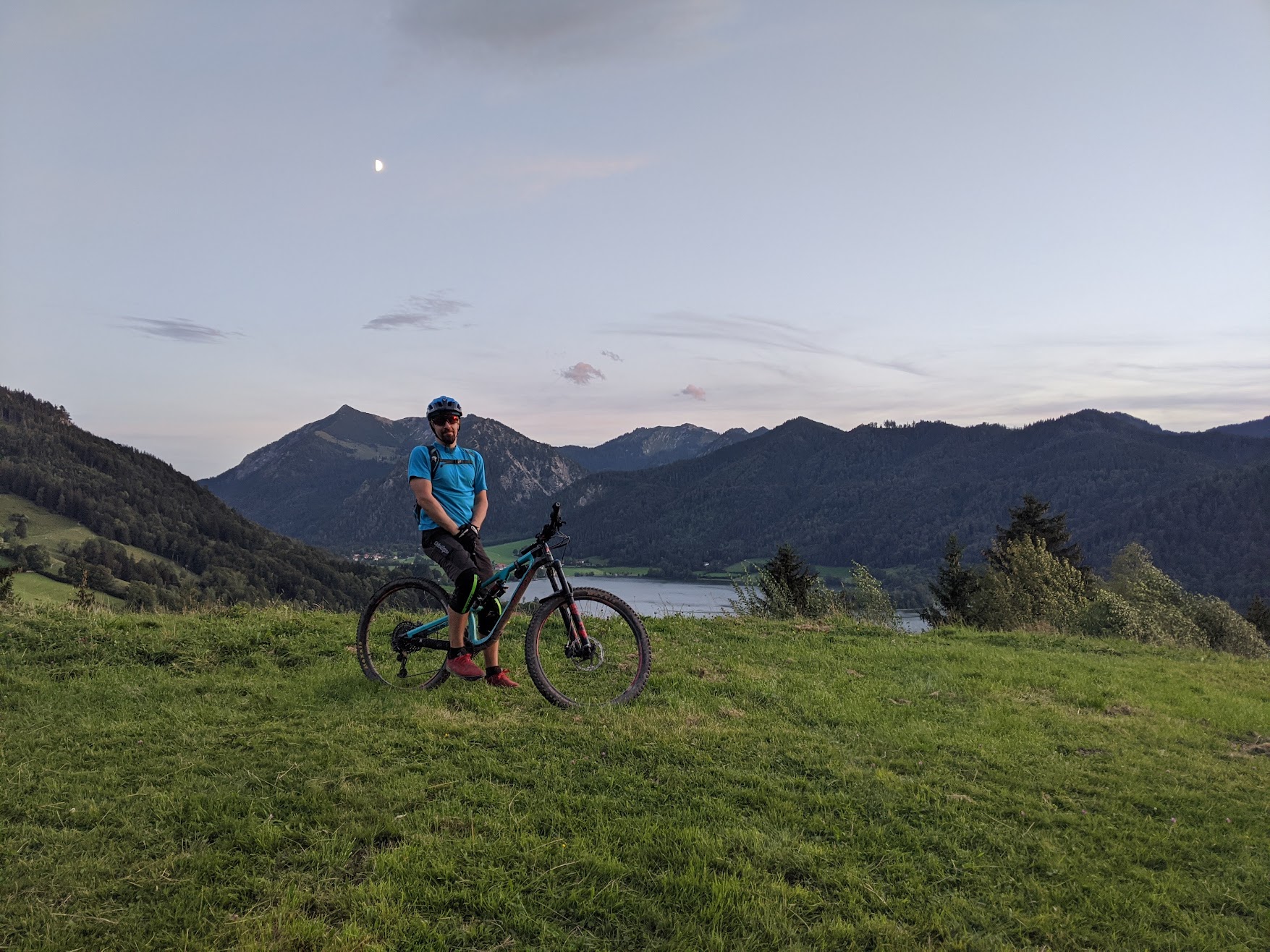 Unfortunately this is the only bike ride this week due to our hiking plans. The rain in the last three days did not help it either!

We started from the bottom stations of Schliersbergbahn, Schliersee. There are a couple of spots to park for free or there is paid parking at the station. The access road to the top of Rohnberg is gravel.

The ascent is quite straightforward, going to the top station and just continuing on the forest road. There are at least 2 ways to get up to Rohnberg. We wanted to try the first turn from the forest road, it is a shorter way to Rohnberg. This one is steep and it is damaged due to harvest machinery. I suggest taking the forest road and getting to Rohnberg from the right side.

We first descended via Rohnberg south trail (just keep on the left most of the time). The beginning was fun, a lot of roots, sometimes double track but most of the way via singletrack. There are couple of jump boxes that looked in good shape but we did not try. There are a couple of alternatives to descend (quite a number of turns to take). The latter trail we chose (after Taferlmoos) was an old trail that is not much ridden these days, also full of water and mud. I would rather continue on the forest road and take a second turn to the right. There is another trail (I’ll need to ride it to see if the conditions are better).

We descended down, but not completely to the Schliersee. We were following the small stream until there was an intersection. We started climbing up again. The first part of the climb was steep but it was later better as soon as we joined the access road leading to Rohnberg (this is an alternative access road). This time we did not get to the top of the summit. We rather started descending via another trail below Rohnberg, going straight down. This is it! It starts as a rather wide flat trail. However, we were soon enough on the singletracks going down with some more interesting parts with drops or steeper sections. The most fun of the day on this one.