Before we leave Alaudin lakes to explore Mutnoe lake, I should mention how we packed as I received often a question how heavy were our backpacks, what was inside, etc. This article will describe the longest hike we did without any civilization (no tea room or any opportunity to buy supplies). This part was supposed to take 15 days. The next stop where we could buy food or beverage would be in Iskanderkul. You would normally go via Kaznok pass to get to Iskanderkul from Alaudin lakes. As I recall it is 2-3 days hike but we wanted to visit Big Allo lake and prolong the hike via some saddles. Besides food, we had 2 tents with us. 4 of us were sharing one (Stefan most of the time bivac outside) and Ivana one for herself. 2 ropes (20 and 30 meters in length), full glacier equipment (the heaviest part of our backpacks). Each one of us had one gas canister.

Our food supplies were mostly dried food and couscous, oats. I bought a drier before the trip. It ran constantly for 3 weeks to dry everything I could. We had over 1 kg of beef jerky thanks to that! All of us packed 15 days food with us, we often cooked together one meal (put ingredients together what all had). We were surprised what we could come up with and how tasty it was (or we were that hungry!).

Regarding water, there was lot of snow from winter when we were there. Thus plenty of streams could be found that contain clean water in the morning (later the water became dirty and we had to clean filter more often). We always filter no matter how clean water looked like, to avoid stomach issues. We used Sawyer filters and squeeze container. Convinient and worked nicely for our entire hike.

19.7 - Once we get back to Alaudin Vertical camp, we unpacked everything (we left few bags there with our stuff, not needed for our first part) and start packing again. This time we knew we need to be careful what we take with us - weight consideration and also to have enough food for 15 days. Our backpacks were around 22 kg when we arrived to Samarkand but still we wanted to get rid of few things. We left 2 duffel bags that will be transferred to Iskanderkul for 100 dollars. After careful consideration, we were ready to go back to Alaudin lake and continue to Mutnoe lake the next day. The funny thing is our backpacks were always full no matter how much we ate. It became lighter but still stuffed to the top.

After walking few hunders meters we realized our backpacks are heavy and what awaits will be challenging - to go up to 4700m with this weight. First stop was Mutnoe lake camp spot, it was only around 3500 m.a.s.l. It is 4 hours hike from Alaudin lakes. We come here in early afternoon and found a spot on the left side of the lake - to get there you need to jump dozen of big rocks. Something I was not fond of with heavy backpack but I got used to after a while. There was a stream of water from melting snow. This is where we got our water from. We were the only tent on this side of the lake. We set up our camp and prepared for the next day - the first above 4000 meters peak - Granuleta. There was still plenty of snow at 3500 m.a.s.l, we knew we will need crampons and ice axes for Granuleta.

20.7 - Early start in the morning means snow is hard and streams are frozen. I almost crashed my knee while crossing one stream and put my foot on slippery rock. Lesson learned, need to be more careful in the morning. The snow was slowly melting by sun radiation so once we got below Granuleta, it was easy to walk on. We reached Granuleta, 4172 m.a.s.l without complications (the top part was a rock ridge) but otherwise everything was covered by snow. Guys wanted to take a different path so we split. They continued to unknown to us ridge to explore. Me and Ivana returned the same way. The snow became mashy and I slid at least twice (I made not-planned self arrest). It took us around 5 hours to go up and back from to Granuleta. We met Belgian couple who were not equipped for the current conditions (an ice axe or crampons). Chimtarga pass was covered with snow almost all way up. They were waiting for some people to make a path and more favourable conditions. Group of around 8 people went up the next day and this couple followed the next day. As we did not meet them agin, we believe they successfully hike down to the village as they planned to.

21.7 - We did glacier training to revise what we knew. The plan for the afternoon was to go up to Zamok glacier. Only 4 of us went up to Zamok glacier. Ivana stayed at Mutnoe lakes and made her own plan for the next 2 days. We arrived below Zamok before sunset. There was water stream near the camping place where we got water from. We observed the glacier, finding a way for tomorrow. The next morning my friends started after 7 am. I decided to rest so stayed at the camp site resting. It took them a half day at least, I noticed them on the glacier in the early afternoon. I was worried for a while why it took them that long (it could be me waiting for so long there). We had a quick lunch and returned back to Mutnoe lake. The same spot as previously because we left few things hidden in the rocks. We repacked again and prepared for the next day - going up to Chimtarga pass. The highest point with all our stuff.

23.7 - We noticed few other people going up to Chimtarga pass in the morning, they were ahead of us. We overtook them once they stopped for a rest. We found out they are from Czech republic and going as well up to Energia. We continued all the way up to the Chimtarga pass with short break to meet Ivana again after 2 days. She camped at 4500 m.a.s.l but we wanted to sleep over in the saddle. There were streams from melting snow at 4500 m.a.s.l. Our last chance to get water, we refilled all our bottles/camelbaks as we were not certain if we can find something up in the saddle. There was no one in the saddle just us. The sunset was spectacular as well as the views!

24.7 - our today mission - Energia summit. 2 Russian hikers started earlier than us and were already climbing up while we were preparing. It was convinient to camp in the saddle as we could sleep longer and still be climbing quite early in the morning. As we started ascending, snow turned to ice soon enough. We started using ropes. We all worked hard to have fixed rope for all us for safety reasons. The surface was very good for ice screws, we had problems only rarely to put them in. However as we were 4 of us (Stefan stayed down to rest), it took us longer than we expected (the beginning was slow to distribute the work and find good balance between us). There were lot of ropes for abseil on the rocks, like every 30 meters one abseil point created. We believe somebody put them up there just this season as we did not recall any mention from the previous years in the reports we found. After 6 hours, we were back at our tent. Without much hesitation, we agreed to go down as soon as we could to go lower. We had few hours of light, sufficient time to go lower and found good camping spot. Some of us were convinced we could go down all the way to Big Allo. As Stefan started earlier, we met him later in the evening. He already was resting and wanted to stay overnight probably around 2 hours from Big Allo. We decided to stay with him and just bivouac outside. We were fed up with constat opening and packing the tent. We here found again trash dump - lot of cans left behind. There were often in Fann mountains. We do not understand these people how they can leave behind such trash. We could see there newer canister, plastic bottles or even goulash pot - who would carry this and leave it ?

25.7 - We moved to Big Allo where we stayed for almost 1.5 days. We finally had a rest day - swimming, sleeping and eating all day.

The next part will be the hike from Big Allo to Iskanderkul. 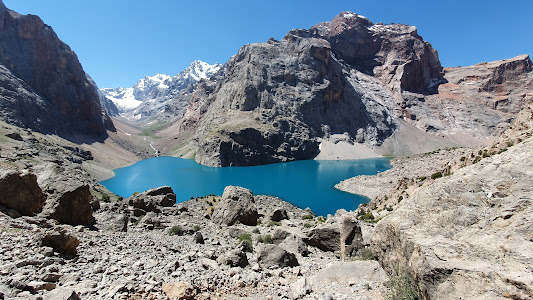 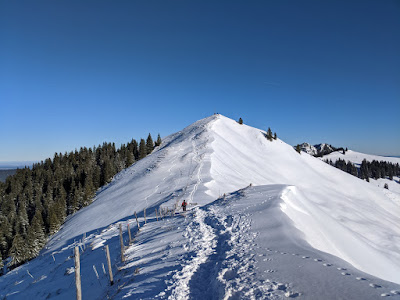 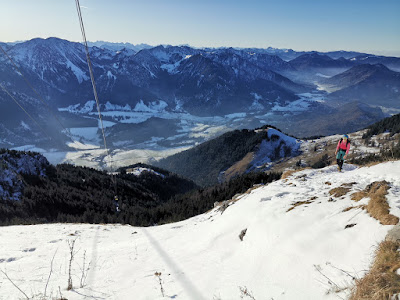 Wendelstein is considered a must do tour while in Munich. So we decided Anke should not miss this one. Luckily the weather played along and we were able to d... 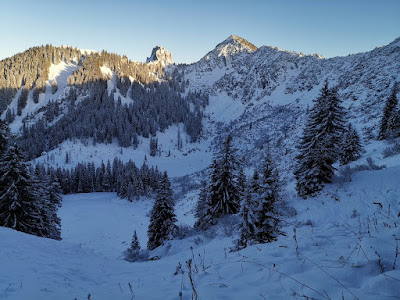 And the fun goes on! A dear friend of mine, Anke, is visiting for a week and we planned to spend our time wisely: in the mountains of course!