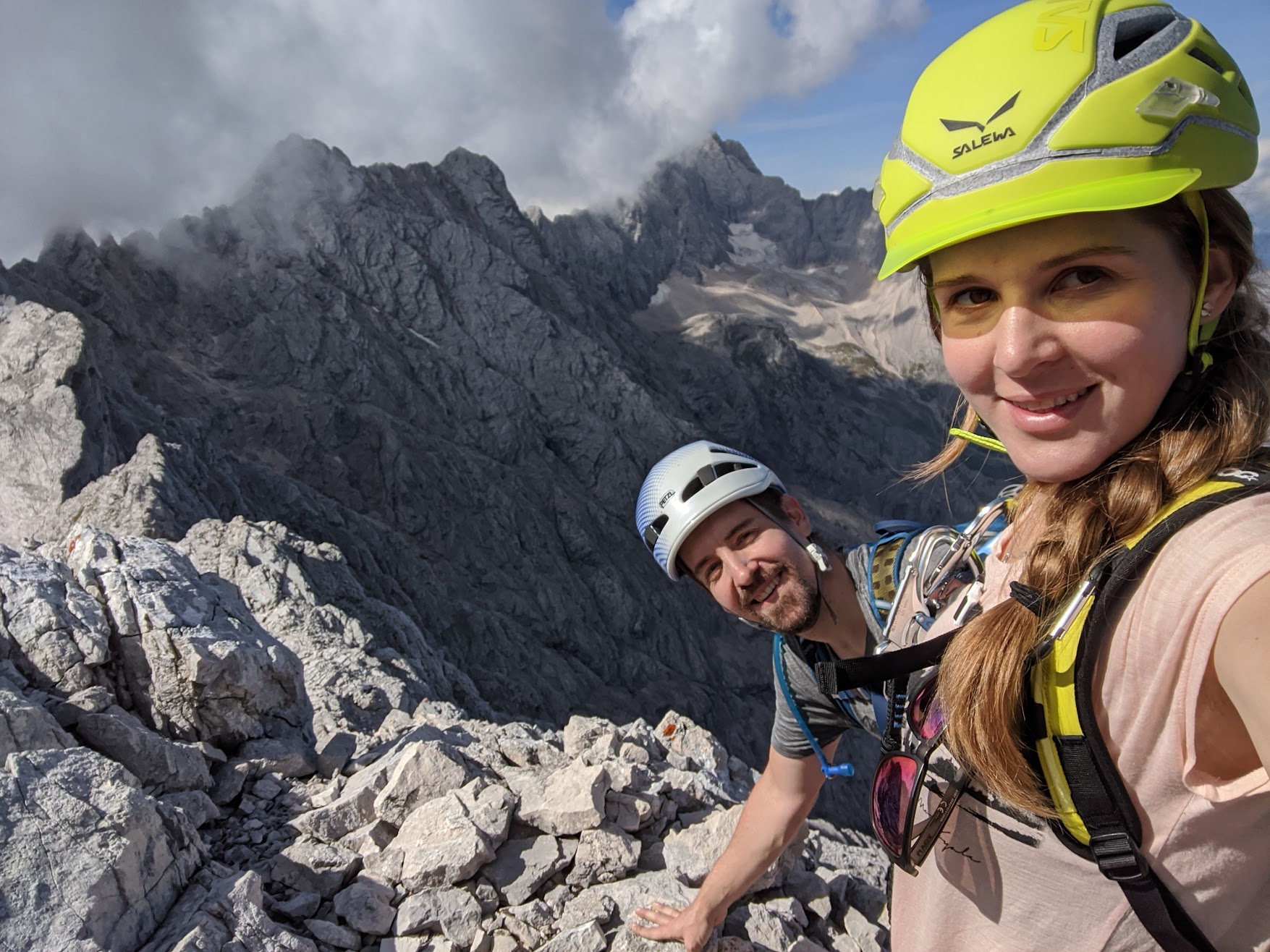 Let’s return back to September. We took the day off on Friday, to avoid crowds in Garmisch and to enjoy finally some warmer days. Our start of the day was very early as we arrived to Grainau at 6 am. The main reason was the hike takes the entire day (activity time is 10 hours). The first steps were towards the Kreuzneckbahn station. We passed by the station and continued towards another lift station: Alpspitzbahn lift station. We saw the first people arriving from the valley. From the station there is a hiking path leading to the Alpspitze south ferrata, just 15 minutes away. We took a short break where the north facing ferrata starts There were lot of climbers training here.

The ferrata through the south face of Alpspitze is rated B/C. There were already people ahead of us, we had to wait from time to time. As we were approaching the summit, the fog took over the summit. We reached the top, took a summit photo and continued towards Grießscharte. We were afraid the weather could change later in the afternoon (at least that is what the forecast said).

This ridge walk is less crowded, we only met few hikers (if you compare it to Alpspitze trails). It is well marked, but you can just follow the trail without problems. This was the best part of the day. Just us enjoying the sun that appeared out of clouds and the views towards Zugspitze. The entire Jubileumgrat is in front of us. This can be one of the goals for the next season.

We descended via Mathaisenkar. It is another B/C ferrata trail, leading to Höllental valley. It’s well secured, only few spots are airy. We were looking forward to the Höllentalanger hut to rest. There were lot of tourists coming from Garmisch via Höllentalklamm.

We continued via Höllentalklamm back to Garmisch. There is an entrace fee (we noticed the sign later on the way down). Höllentalklamm is another highlight of the day. We arrived back to our car 10 hours later. We were exhausted but full of excitment that we finally went up to Alpspitze.